This is an archive of a consumer complaint published against Federal Hill Income Tax at DirtyScam.com-

I used Federal Hill Income Tax (FHIT) for filing my last year taxes. I usually do my own taxes but was having a hard time figuring out a new issue.I was grateful to get an appointment only two days before the filing deadline, but later felt like I was taken advantage of.All I needed was the answer to one question, but instead got roped into paying for the entire tax preparation process.I did not think the quoted price was fair, but at that time I had no other options. I was desperate.My experience with the process itself was also not very positive.I was expecting detailed explanations of certain areas so that I would not be forced to use a tax preparer in years to come.Rather than transparency, I felt like I was not allowed behind the “magic curtain of tax preparation.While the experience itself was not ideal, I did not feel it warranted a bad review. That was, until now.During my preparations for my taxes, I have identified two glaring mistakes made by FHIT, forcing me to amend my last yearreturn and pay an additional $500 to the IRS. 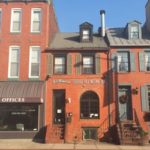