This is an archive of a consumer complaint published against Fifth Third Bank at DirtyScam.com-

I met with one of the bank managers(first office on the right) in November to close my checking accountI switched to US Bank because Fifth Third Bank continually charged bogus fees & had errors on bank statements.The manager at Fifth Third Bank confirmed the account was closed.I later received a letter for an overdraft feeWHAT THE HELL?!Do not use Fifth Thirdthey will try to steal your hard earned money. 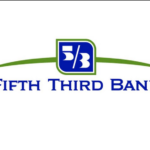