This is an archive of a consumer complaint published against Figueroa & Co at DirtyScam.com-

Receptionist sucks! First, I received a call two days before my scheduled appointment from Sara to confirm.On the day of my appointment my husband and I walk in to the office, the receptionist is talking with a man behind the desk.She just stares at us, doesnt greet us or even smile for that matter.The man with her actually greeted us and asked who our appointment was with.All the while the receptionist is still staring. A few minutes later, she asks us if anyone had called us to reschedule.Umm no if they had I wouldnt be there. I told her about Sara calling to confirm and she said “oh ok and sat down.Another couple of minutes go by and the receptionist answers the phone and I over hear her saying “yes, this is sara.Are you kidding me. She didnt even say she was sara when I told her about the call.I just thought she knew who sara was. Plus when I called to schedule I was told by the receptionist that it would cost $80.00 to have my taxes done.In the end we ended up paying $135.00 (which is the discounted rate) and not $80.00 as quoted. Even if its cheap I dont appreciate the way I was scammed. 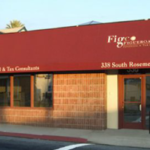