This is an archive of a consumer complaint published against Finance of America Mortgage at DirtyScam.com-

PCM seems friendly and helpful. And then I ran into something that even blew my agents mind. I had a 4000 page review on Finance of America Mortgage, but let me rewrite that and boil it down for you.If Kyren had his own  entry, I would give him 5 stars. HE deserves 5 stars. But his company killed trust and they get the 1 star.Long story short: I had a deal fall through after inspection. The appraisal that came through was fraudulent.Tail wagging the dog to get a property to be worth about $25K more than it should have.What property gains 14% weeks after it was last sold (previous buyers relisted 3 weeks after closing due to buyers remorse).Everybody was shocked at the appraisal using “comps from a fancier neighborhood miles away, homes built 25 years after the one I was trying to buy.So the appraiser is a jerk and Im handling that complaint separately. This one star isnt for him.But what really killed trust was this sequence of events:1) Email Kyren that Im going to complain to the appraiser. 2) Send appraiser a 4 page complaint about his appraisal and asking for resolution. 3) Appraiser writes back rather quickly with a very professional f*** you. 4) Email Kyren to tell him oh well, thanks, bye, Im going to put buying something on hold. 5) Get back an autoreply from the company email server that Ive been blocked as a spammer.You read that right. I got an email saying a CUSTOM RULE was created in the email system at Finance of America (evidently PCMs parent company) that Im a spammer and I cant email Kyren.I try emailing Kyren from the other address he had for me. That one was blocked as a spammer too.I give up and assume that someone over there feels a little guilty about something thats going down with the appraiser.I can only hypothesise, guess, piece some things together, etcI cant prove it. But I do opine and suspect that someone at PCM or the parent company whispered to the appraiser that Debbie wont have *another* deal fall through because of a really low appraisal.Perhaps this one comes in at the contract price.And with the deal already dead and me freaking out over paying $475 for an unethical bucket of lies, perhaps the appraiser felt a little hung out to dry.And perhaps someone thought the best way to deal with me was to cut me off.Who can say, right? But its all very interesting, isnt it. I think Kyren is a good guy with a good future.I trusted him. He was making me a deal I thought was good. He was helpful and attentive. HE gets five stars.But when a company or their parent company blocks both your email addresses as spam RIGHT after you complain to an appraiser. and magically you are UNBLOCKED after leaving a 1-star review. and Kyren cant seem to figure out how this happened peeps, I am suspicious as all hell though not of Kyren.I think he had no idea this was going on.I would not work with this company again. If I stumbled into Kyren at another company, Id give him another shot. Thats just one womans opinion.28 Aug 2017 update: Biz owner leaves this reply: “You have a voicemail from me personally to go over this.1) I dont. I have no call, missed call, or voicemail. So, no, you havent contacted me.2) I dont want to talk to you. Ive spoken to a lot of people lately about this and about your company. There is nothing for us to discuss.Please dont be in touch and further waste my time. Id like this to be in the past. Thanks.2 July 2018 update: This biz is so attentive and wonderful that they JUST responded to a review I left a year ago. Are they still thinking about me? Talking about me? How creepy. 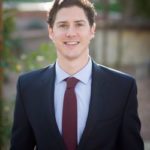