This is an archive of a consumer complaint published against Finet Mortgage of Saratoga at DirtyScam.com-

I have done four or five mortgages/refinances through Finet, and I will never use them again after my last experience.I purchased a home in Sacramento and used Finet to procure the loan, which closed in September. It was extremely disappointing on multiple fronts:1) Mitch filled out the paperwork for the lender incorrectly.He said hed never heard of the requirement regarding putting the borrowers names in a certain order.This caused a delay when the application had to be re-done and re-submitted.Then, once he did re-submit the paperwork, he failed to follow up with the lender to make sure they had made the corrections properly, which they had not.This caused a second delay. Both of these delays could have been avoided had he been familiar with the lenders requirements, which is his job as the loan professional.2) I had my credit report run by another lender a couple of of weeks before contacting Finet, and got my credit score through them.Then I decided to go with Finet, and Mitch ran my score again.It was a bit lower than the first time, and exactly ONE point lower than the cutoff for a significantly lower fee from the lender ($625).I asked him to run it again, and told him I was willing to pay the additional $27 for another report to try to get the score higher and save the $625.I was pretty sure it would come out high enough, and was willing to take that chance.He assured me that he would run it again soon, but that we should wait a few weeks until the loan was closer to closing.As the loan proceedings progressed, I reminded him on multiple occasions that he needed to run the credit score again, and each time, he told me we needed to wait longer.Finally, with the closing only days away, I called once again to remind him to run the credit score again, at which time he informed me that he did not intend to do so because it was “too late and we would have to do the paperwork all over again and it would cause too much of a delay in the closing.I had my credit score run again a couple of weeks after the loan closed, and it was about 15 points higher.I am convinced that his neglect regarding this issue cost me $625.3) By far the worse issue was regarding the actual offer we made on the house.Upon receiving the termite report, we knew that there were significant Section 1 repairs that needed to be made to the house.My real estate agent wrote up a revised offer whereupon we asked for a credit from the sellers for the cost of these repairs.Before making the offer to the sellers, my agent showed the offer to Mitch and asked if our suggested terms would work with the loan.Mitch assured him that the offer was fine and there would be no problems.However, it turns out that the amount of credit we are allowed is limited to the amount of closing costs — a requirement I had been unaware of before.So, the sellers got back $960 of the credit that we (the buyers) were supposed to get.I was stunned that Mitch hadnt warned me or my agent about this limit; had he done so, we would have revised the offer by lowering the price rather than asking for a credit.To make matters worse, the sellers were so angry about the delays in the closing (see item #1 above) that they refused to voluntarily reimburse us for the overage they received.Since this purchase, I have spoken to and emailed Mitch on multiple occasions, as well as Dave Eshleman, the owner of Finet, whom I have worked with in the past.Both of them have assured me that they would “look into it and get back to me.Neither has done so. I have contacted Mitch repeatedly, always receiving reassurances that he would get back to me.His last email was on December 23, in which he stated, “Ive been out of the office all week and will return on Tuesday 12/27.Ill pull the file when Im back and email you then. It is now over 2 months later and I have not heard another word from him.To say I am disappointed with this horrible customer service is an understatement.I would have hoped Finet would show some loyalty to a client who has been going to them for years.However, now that they have made a mistake, they are ignoring me and obviously unwilling to make it right.I now have to decide whether it is worth my time to file a small claims case against them. I will never use them again. 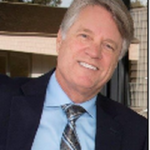