This is an archive of a consumer complaint published against First Allied Financial Services at DirtyScam.com-

My husband and I found Nelson via the National Mortgage Brokers website.We knew we had a rough credit history and wanted a professional.We planned to use our VA loan (two combat era disabled veterans are we).First, we submitted all of our paperwork to him.Days later, and every few weeks, he would contact us and ask for the same papers that we had already submitted.Next, while he claimed to have found us a lender (though they wouldnt preapprove us until we actually put an offer in on a house), we were unable to use a traditional realtor due to the lack of preapproval.Nelson referred us to a colleague of his. The colleague let the one house that we wanted slip away by not supporting our competitive offer and submitting in a bid at the asking price against our wishes.The realtor was definitely not a go getter (though a nice man, again) and he wasnt familiar with the area that we were interested in at all.He actually showed us several homes that were broken into and squatted in/damaged because he failed to contact the sellers realtor to inquire first.A couple of months after first meeting Nelson, we finally get an acceptance on an offer.It isnt the house we really wanted but at this pointalmost seven months laterwe just wanted A HOUSE.We provided every last shred of paperwork to him over and over again and were on top of it 100%.I read over the contractit stated that closing was in 30 days or they would void the contract.I mentioned this to him and he assured me that there was no problem closing in that time frame.I also talked about it with my realtor. Weeks went by with no closing date from my lender.They didnt ask for any more information.The week of the thirty days approached and I contacted him over and over, worried out of my mind that we wouldnt close on time.We paid for the inspection. We made the nearly two hour drive with our children and showed them the house.We put in our thirty day notice at our rental. We paid the $1000 deposit to the seller.Day thirty approached. Nelson was unwavered and casually mentioned that we would just request an extension.I dont think he ever even contacted the seller.That entire week I tried to find out what was going on with him, our realtor, and our escrow company.Finally, with nothing heard and no news about the situation, two weeks after the thirty days I told my realtor that I wanted my deposit back.The realtor stated that I couldnt have the deposit back because I voided the contract by not closing in time.I was heatedand even more upset when I saw the house pop up active on the MLS again that week.I did some research and found out that the seller had used another escrow company to sell the house to another buyer while still under contract with us!The seller has now broken the law, I really wanted my money back.No one would helpso I wrote a letter to the boss of the company holding our deposit.I explained the legal issues involved and had a check in my hand for the $1,000 the next day.To this day I do not know what held up our loan.I dont know the company he claimed to have found to fund us, I dont know that he ever did.All I know is that I lost the $400 for the inspection, $100 in gas visiting the home, and almost $1,000 deposit because he, a licensed mortgage broker, didnt listen to mea first time home buyer.We told him we were done. He had the nerve to send us a postcard a year later stating that hed love to help, “when WE were ready to purchase a home! 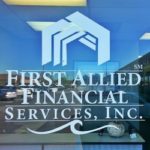