This is an archive of a consumer complaint published against First American at DirtyScam.com-

We used First American as the title company when we purchased our current home. Our loan officer was pleasant and professional enough, but 2 months after closing I received something in the mail from the municipality.It had my name and the previous owners name listed as 50% owner of the property.What? The issue was that the previous owner had a commonly misspelled name, think Jensen and Jenson for example.This was clearly noted in the escrow instructions, but still not taken care of when the sale was officially recorded.So I give them a call and all the loan officers are gone for the weekend. I explained the problem to the whoever the guy was and he said hed pass the message on.I wait a full week and call to see what the deal is since nobody could be bothered to contact me.I talk to our former loan officer and she tells me to bring in the deed so it can be corrected. Great,I have nothing better to do than drive across town after work in rush hour traffic. Yay!Fast forward another week and still have not heard a thing from them. Is it in progress? Is it done? Does anybody care? Bueller? Anyone?I get that people make mistakes and shit happens. I make plenty of mistakes, but when I do I own them and apologize to the people it affects.Not one time did anybody there apologize for their sloppiness and inattention to detail.Nobody said sorry for all the time and hassle Ive been through to fix an error that is 100% their own.These guys had ONE JOB, a job we paid quite a lot for in closing costs, and they failed.Perhaps this is an anomaly for them, but I know that we will never use them for any real estate transactions in the future. 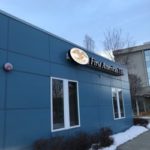