This is an archive of a consumer complaint published against First Hawaiian Bank Moanalua Branch at DirtyScam.com-

Awful, awful service. You get nothing but lies & excuses from all employees First Hawaiian Bank Moanalua Branch.Ive given up trying to get a debit card. My application has been lost 3 times.I follow up and each time they have excuse saying it was mailed, but was returned to them?!Then my husbands debit card expires, and he goes in the branch and gets the same excuse saying it was mailed out and returned.He threatens to close the account and mysteriously he gets a call an hour later saying it went out in the mail today.Lie! One week later still no card in the mail even though address is confirmed.Our last check cleared today, tomorrow account gets closed. 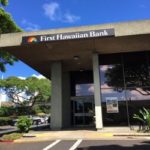