This is an archive of a consumer complaint published against First New England Mortgage at DirtyScam.com-

G-d willing, we will actually close on our mortgage refinance this week.But the problems weve had today, and all along, have made this a miserable, stressful experience and force me to emphatically encourage you to look elsewhere for your mortgage refinancing needs.The only plus I can throw out there is that our mortgage broker (Kevin Carney) travels.He came to our house to sign all the paperwork, and hes going to be traveling around a lot today getting things finalized.Oh, and he capped the closing costs from the outset. Thats what two stars gets you. But then, as of today, thats gone away.He claims that now the closing costs have gone up, because of new regulations that went into effect April 1.Mind you, weve been at this process since December, so it sort of looks like they dragged their feet until they could jack us out of more money.At the minimum, he was either misleading or outright dishonest. Back to one star for him.Not to mention, the disorganization and incompetence about actually doing the work.At one point, we were scheduled to close at noon. He calls at 10 AM to say oops, turns out I dont have all the paperwork I need.Nevermind that he told us yesterday he did. I rearranged my work schedule to do it in the middle of the day. And weve rescheduled five times in the last month. Its not like this ISNT HIS MOTHERFUCKING JOB IN THE FIRST PLACE. Theres no other word for it other than incompetent.Buying a home was stressful, and refinancing is a little like revisiting all that same stress.The first time around, it managed to go smoothly. Undoubtedly the market crashing has made it harder all around for people to get mortgages refinanced, but thats not my problem.If you tell me its good to go, it should be good to go, and you should have all the paperwork you need.If not, go into a different profession, because obviously youre not cut out for this one.And if youre looking for a mortgage broker, DONT GO First New England Mortgage. They are sleazy, incompetent, and dishonest. Thats the bottom line. 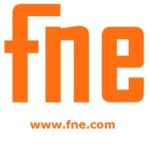