This is an archive of a consumer complaint published against Five Points Advisory Group at DirtyScam.com-

I paid James, the owner of Five Points Advisory Group, thousands of dollars to resolve my tax issue.He took my money, only performed half of the job, and now has disappeared.Do not give your money to this man! Hes a thief!I now have to do negotiations and paperwork with the IRS on my own, since I cant afford to pay another person (who might take my money and run as well) as I owe money to the IRS and need to pay them, or Ill incur even more late fees and penalties.If you want to lose your money and not have the job performed, then hire Five Points Advisory.Otherwise, go elsewhere for your tax problems! 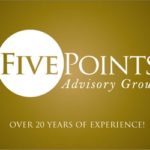