This is an archive of a consumer complaint published against Fortress Credit Pro at DirtyScam.com-

Fortress Credit Pro is a scam! This company will not only not fix your credit, but they will make it worse.I backed out of this company only after a initial consultation and the first round of letters they sent, which deleted nothing.After I went on with life I received a bill. They said they needed to charge me for address corrections and credit monitoring.They paid the credit monitoring company and they wanted reimbursement.I though this was a total crock! I called the credit monitoring company and they stated my account with was canceled and I owed them nothing, but Fortress was trying to bill me for it.They turned around and sent me to a collection agency, which reports to a credit bureau.Luckily I learned a lot about fixing credit, fired off a letter of my own.Reported them and also reported them to the authorities.I have all my ducks in a row if it needs to come to court!I got letter from monitoring services that they did not charge me, I also have proof from my credit report that none of the addresses was never deleted.This is sad that I have to have all this info when they were a company that I thought could help me.Rhodi Lambeth needs to burn for the stuff he does to people.He touts like a hill billy that he carrys a gun, I see why!Quit screwing people over and you will not have to walk in fear! 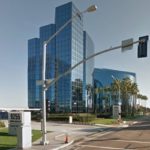