This is an archive of a consumer complaint published against Frazer Ryan Goldberg & Arnold LLP at DirtyScam.com-

We met with Chick Arnold from Frazer Ryan Goldberg & Arnold LLP to see if there was anything we could do to protect my dad from scammers and a gold-digger girlfriend. My dad was diagnosed with Alzheimers in last year after showing signs of dementia for the previous three years.Dad had given to every bogus “charity ever charged with fraud, and his annual giving had gone from $2000 to $50K.He paid a landscaping company $5K for a half-days work cleaning up his yard. And his brokerage firm had fired him as a client due to his inability to understand their counsel.They were concerned about their liability. Dad has a trust and nearly all of the checks were coming from the trust.After reviewing the trust docs, Chick recommended we sue for Conservatorship.Yet he neglected to tell us was that Conservatorship would not provide any further protections for the money in dads trust.Im not a lawyer, so I didnt know this. He delegated the case to Associate Josh Mozell.My sisters and I spent countless hours carefully pulling together spread sheets showing the contrast in dads habits prior to and after the dementia set in.We provided detailed accounts of various instances in which it was clear he no longer had the judgment to manage his finances, including the letter from his brokerage house firing dad as a client.We provided doctors reports recommending dad have help managing his finances, including brain scans showing a nearly absent hippocampus and other brain atrophy.We paid $2500 for a psychiatrist to examine dad and her testimony supported our view that dad needed someone else to manage his money.Aside from having that psychiatrist testify by phone, Mozell did absolutely NOTHING with any of this evidence, as we learned the hard way during our hearing.He failed to present anything we gave him. He should have subpoenaed dads broker and submitted those docs.We offered to have lifelong family friends attest to the dramatic changes in dad and to our integrity.Josh said we wouldnt need any of this. He continually led us to believe this was a slam-dunk. In the hearing it was painfully clear Josh was unfamiliar with the details wed provided him.He allowed dads attorney to lead dad on the stand and to make mincemeat of me. No objections.He allowed the opposing counsel to exclude the judges own investigators testimony. He was entirely ineffectual and we realized he had not bothered to prepare at all for this hearing.After spending $thousands with FRGA, we lost the case. Then we learned you dont get two bites at the apple.Once you lose a Conservatorship case, you cannot go back to court a second time.I have since had to quit work to attend to dads needs, which includes attempting to get his money back when he donates to bogus causes or to causes he doesnt believe in, and trying to keep the gold-diggers money grubbing under control.A couple of months after we lost, Josh Mozell was promoted to Partner. So thats what FRGA thinks of his work.They love him! DO NOT SET FOOT IN THEIR OFFICE.I imagine if we had a more lucrative case we might have gotten more attention.They should have told us “Youre too small potatoes for us, we recommend a smaller firm. But they clearly didnt care. 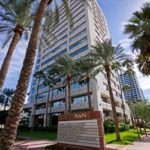