This is an archive of a consumer complaint published against Fredrick James Accounting Tax & Consulting at DirtyScam.com-

I was trying to do my back taxes. There was some problem that I could not fix, so, I wanted to consult a tax attorney. When I approached fredrick james accounting, I was in an impression that these guys are attorneys, which they arent. These people are only accountants and have been overcharging clients to make profit.They do not have great experience and their work remains to the filing and documentations. You cannot expect them to save anything on your tax or get you any best tax solutions. But I did not know that. When they started doing my taxes, they asked me to fill some forms and asked me to submit few documents. I did as they said. They charged me $3000 for two years of tax.I paid them in advance. Again, I wanted them to do other years taxes and they agreed. They said that they would charge me $7500 for those years. I paid them in advance. The amount did sound too much to me, but it was very important and I needed the returns to be filed as early as possible.After I paid them the next advance, I realized that these guys were not attorneys but accountants. They did not have the experiences that I was seeking. Also, they completely ruined my papers. After a few weeks, they started sending me more invoices, those were apart from the advance that I made.They sent me invoices for $238 an hour, one for $1800 and another for $4900. I do not own a big business. I work alone from my home making some decent profit. To get more details, they asked me to fill in some excel sheet with my deductible items and few more information. They sent me a black excel to fill in. I did as they asked. I did not know that they would be charging me $238 for this task.They also charged me extra $238 an hour to talk on the phone. Again, I did not know that they were charging me to help on the phone. Joe Dolan was the guy who was talking to me on the phone. He was great at talking. He told me stories about his family and flaunted about his tax cases that he sorted easily. I wanted to keep the conversation limited, however, he kept talking and was also interrupting me in between.Before I could have understood, they said that my advance was already over. When I called them after few weeks seeking update about the other years tax return, I was told that the advance was already over and I needed to pay extra amount if I wanted to continue. They asked me to pay $4500. The secretory informed me that the amount would be somewhere around $18000+. And, she also mentioned that there would be some extra cost of $6000 and $8000 for fees and other processes.So, the entire cost was making up to $32000. I never knew that it was too expensive to fill returns. So, finally I asked them to stop working on my taxes and I decided to do it from somewhere else. To this, they said that they wont be able to return the amount as they had worked on my files and it would not be justified.I completely believe that they did not work at all on the taxes. I paid them $7500 and they kept ignoring the details. They only tried to eat my time and money. After I said that I do not want to continue with their services, I received a note from Fred, the owner of the company saying that I still owed them $1300. Instead of refunding me the amount they took to pay my taxes, they started asking for more fees. I am not sure what all they could do to take money from their clients. I suppose I have paid more for the taxes they paid for two years. Also, $7500 went for a toss. They did nothing.Later, when I consulted a tax attorney, my taxes were fixed in just $4500. The company I consulted later also informed me that I paid unreasonable amount to these people. Can you imagine the difference? While the one who did my taxes took $4500, fredrick james accounting asked me for a total of $32000.When I try to rewind all those memories, I only feel myself scammed. These people are parasites and they must be restrained. I have never seen such blood sucking professionals. The company is filled with liars and cheaters. You cannot base your trust on people like Fred or else, you will lose your money.Thank god, I did not pay him the next time he asked for an advance. I am sure he would not have completed my taxes after that as well. When I called Fred telling him that my taxes were paid for $4500 and I needed my money back, he started shouting at me. I tried to be calm as much as possible and he ensured to use all the foul words from his dictionary. He said that I was lying to get my money back.He also said that the work they did was difficult. And, they must be paid for their professional duty and time they spend on my files, even when the taxes were not completed. This guy knows how to convince someone. He did it to me when I first talked to him. Without explicitly mentioning that he was an attorney, he made me believe that.Or else, I would have never trusted him for doing my taxes. I knew there were problems and not everyone can handle it. The guy is incompetent and very unprofessional. He can cheat anyone. A big con artist and his company is full of fraudsters. He is exceptional liar. And, he takes his clients problem for granted. I am convinced that he has been cheating all of his clients and overcharging them. Do not go to this fredrick james accounting. 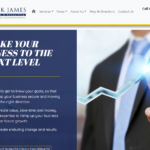