This is an archive of a consumer complaint published against Fresno Family Medical Clinic at DirtyScam.com-

Fresno Family Medical Clinic has a great Dr. His name is Hipolito Mariano Jr MD. I have nothing but good things to say about him, and the care I have received from him.However The Girls who answer the phones, and run the office are the worst I have Ever met!It took me over a week, just to get them to respond to a fax from my Pharmacy for a prescription refill.As a result, I ended up going without medication for 7 days.I wont tell you what the drug was, but be sure that it is one that is Dangerous to stop taking, cold turkey.Seriously, how hard is it to run a fax machine, or answer a phone when a pharmacy tech calls to get authorization for a refill???I spent almost 5 hours, on the phone with the pharmacy and the Drs office, trying to get that refill.I would talk to the pharmacy, then call the Drs office right back, to ask if they were responding to the fax, and youd swear they had never heard of me.I had to tell them who i was, and why i was calling over and over again.. when we had just spoken, 5 minutes earlier.This is not a busy office, they are just dense as can be, in fact, the pharmacy tech has had countless problems dealing with this office, and referred to the girls who work there as “Senile, even though not one of them is over the age of 35.By the end of the day, I finally got sick of the Drs office telling me the fax never came Though, even though the number was confirmed over and over again, and them telling me they couldnt do anything till they got the fax.I said Please call the pharmacy! One girl said she would, after a half hour, and that not happening, I had to call again, and tell them who I was, and why I was calling.Then the girl said she cant call the pharmacy to authorize a prescription.I said its a refill, and you just told me you would call. She denied ever talking to me.Seriously??? Theres 2 girls who run the office, and I called, 7 times today, talking to both of them several times.Long story short, I finally got one of the idiots to call the Pharmacy.Now, to make things worse. Before any of these calls, today.. The Pharmacy had robo-called me to tell me that the medication was ready for pickup. (remember, i said this has been going on a week), well, the medication was the wrong one.. Anyway, my 80 year old Father had been waiting there at the Pharmacy, assisting me with the phone tag, missing fax, fiasco situation, the entire time.I feel sorry for him. all he wanted was to get home to watch the Giants on TV.He is the innocent victim here.well. so am I.I almost had a stroke, dealing with these people.I almost thought they were kidding, when they kept acting like they had never heard from me, or knew who I was, or why i was calling, even though we had just spoken, minutes earlier. But, nope, theyre just idiots.You get the point.. sometimes stupid people, get Through some of those med tech schools who advertise constantly through Jerry Springer, and Cops, and they actually get hired.I think someone like me should get to put them through a screening process before they are unleashed on the unsuspecting members of society.The dumbing down of America, has been a roaring success!(Thanks Obama, and Democrats)Please Vote republican! We have had enough ! 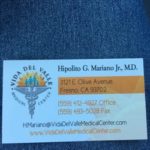