This is an archive of a consumer complaint published against Gardenswartz Suber & McPeters PC at DirtyScam.com-

Gardenswartz Suber & McPeters PC, which also goes by the names Gardenswartz and Dodds and Gardenswartz and Prosser, is one that I would strongly warn you against.While they did acceptable accounting, their billing department is a total mess which will land you into a Collections Agency for past due bills that you will never receive.Rather then giving you the benefit of the doubt by calling you on the bill (even just 1 time) they will immediately send you to a collections agency.In our case, we used this company for several years for both our personal and business taxes.Always paying ALL bills we received from them promptly and on time.Therefore, it came as a great surprise when we received a call today from their Collections Agency saying we were 3 years past due on a 2013 tax preparation bill for $675 dollars!This was the first time we had ever heard that this amount was even out there and needing to be paid.Oddly we had stopped using this firm a year ago and it took a year after we left to even get sent into collections for this supposed amount (which we had never received billing on).Speaking with their bookkeeper today we were advised that a bill supposedly had been sent out to us monthly for this amount along with a letter stating that we would be sent into collections if not paid. NONE of these mailings ever reached us.Rather than look at the exceptional payment record we had with them (and finding it odd that this bill was not getting paid.When all of our other bills had been paid promptly and on time) they opted not to call us (even just 1 time) to ask about this payment.Rather we were just immediately sent into collectionsNo prior bills having been received.The bill was of course promptly paid once I learned of it.This firm is heartless and does not have the common sense to give their clients the benefit of the doubt by giving a call if their bill does not come to see if there was an oversight.Rather they will just immediately send you into collections whether you get their bill. or not.You can find a better level of accounting services elsewhere .. and not get sent into a Collections Agency for a bill which they will never send to you.Take extreme caution if you do opt to use this firm. 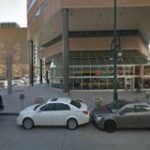