This is an archive of a consumer complaint published against Gary L Hulett CPA at DirtyScam.com-

Not the best service.  We contacted Gary L Hulett CPA in March to do our taxes.I didnt think he had the best customer service, but we were committed, so we continued working with him.Two days before the 4/18 deadline, he told us he would have to file an extension even though we had started working with him mid March.On May 5th, he said he was done and needed our signatures. He sent a form to get our signatures.We paid him $600. I waited more than six weeks and checked the IRS website for our refund but got no results.I sent him an email asking when he filed because the IRS website requires the approximate file date to give a response.He didnt answer my email. A few days later my husband called him and left a message.Again, he didnt respond. Finally, the following week, I spent part of an afternoon figuring out how to get through to a live person at the IRS.She was actually quite helpful when I explained the situation.She checked and said they received our tax forms 6/22, two days after my email to him, so he went more than six weeks without filing our returns and then only after I emailed to check the status.We wont be returning. 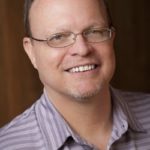