This is an archive of a consumer complaint published against Gary Vaynerchuk at DirtyScam.com-

Gary Vaynerchuk who calls himself as the best serial entrepreneur without being a jerk, is complete opposite of what he says. My experience with Gary and his company is very devastating. I am the owner of the digital marketing agency and Garys company asked us to do some projects for them which includes logo designing and a lot other tasks.When I received the order, I was very excited to work with someone who is known for his skills and professionalism. He has marketed himself as a great entrepreneur and everyone knows him the same way. But, his true face is not known to everyone.After we received the project from his company, we started working hard. I had to hire more people as our skill set was not enough for the project. I did everything for the project and we have discussed the rate before to which Garys company had agreed.These people shared the project details with us and wanted us to complete the work on time. We did everything to make the project a huge success. We completed the project before the deadline and submitting the entire work without doubting that we could have any trouble with the payments.Gary enjoys the reputation of a huge entrepreneur and expecting him to behave in such an unprofessional way was pointless for us. So, we submitted the work and before the payment was made.After that, I called to check for the payment. The account department ignored my request and talked harshly with me. I had a chance to talk to Gary once. He told me the same thing. He called me with names and abused me. I had never expected such an unprofessional behavior from him. Since that day, my mindset for him completely changed.We waited for more than 5 months to receive our payment and kept calling them over and over. After 5 months, we received the payment but not the entire payment. We received $25000 while the total balance was $60,000. It was not even 50% of the payment that we worked for. I called Gary and he was very furious. He said bad things and called us incompetent.If that was the case, he would have asked for changes or updates on the work. That never happened. He used all the work that we did for him. I called the accounts department to tally everything that we worked for. And, they were as rude as Gary. I believe that this guy teaches his employees to disrespect others and work for their own good.I had a very bad experience working for the projects provided by Garys company. After first getting insulted by Garys staff, I still had hope in him. However, he is the real jerk and his staffs just follow him. I have no word to explain Garys audacity to lie and throw tantrums on the face. He is disrespectful and a complete biased man with no shame to do as promised. 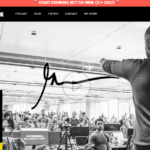