This is an archive of a consumer complaint published against Gateway Mortgage Group at DirtyScam.com-

For what its worth, this review is based on the location in the Galleria area, but its the same company, so watch out.They ordered an appraisal for an FHA loan that was ridiculously low.Then when the sellers agent requested a new appraisal or a dispute, the loan originator, Michael Ruiz simply blew her off.He was either inconsistent or lied about the loan saying it was a conventional loan when in fact the Pre approval was FHA.This same person later almost scuttled the deal again by demanding that the seller pay for the first 26 days of interest on the buyers loan.Michael Ruiz is one of the most rude, irresponsible, unprofessional, unethical persons weve ever encountered in the real estate business.If the way he does business is any indication of the values of Gateway Mortgage, youd do well to steer clear of this company. 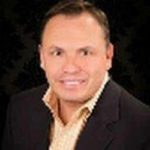