This is an archive of a consumer complaint published against GFEMonkey.com at DirtyScam.com-

I have been trying to talk to the admins of the site, the GFEMonkey.com to take down my images from their website which I did not put. However, I have been getting no help. These people seem to be virtually existing. Every time I call these guys, some woman would answer the call of different ethnicity and say if I do not pay them, they would be beaten up.This has been ongoing from last three months. It all started when my friend came across this website when browsing through information on the internet. My photo and phone number were listed on the website which happens to be an escort website. There were also rating to my photo. The profile showed few clients too.He called me and informed me that something is not right. I checked the website and was shocked to see my pictures on the website with clients feedback on it. They have written some filthy things about me. My phone number that was on the profile was an old one. I had changed the number recently. This may be a reason why I was not getting any calls.The old number was with my ex-husband. He kept telling me that people are calling and asking for your name. He even said that those people do not sound okay. He did not elaborate on things though as we separated recently, not on a good note. However, when he started getting those calls, he called me to just leave a message. I thought he was playing some kind of tantrum and ignored him.I usually do not reply to his calls. So, he might have tried few times later as well. But I just ignored. When my friend informed me of same thing, I started sensing some problem. He was very concerned as the website said bad things about me.So, I checked the website right after he put down the call. The profile had my name, phone number though an old one but correct phone number. It even had my email id. I tried to recall when I last used that photo online and remembered that I recently submitted an ad on eros.com with the same picture and information.Every thing started getting clearer. So, I called the customer support number and other ladies available on the portal. Few of them did not recognize me and even the website. Maybe, their information was also hacked using the eros.com website.Some did tell me that GFEMonkey is run by a mafia and they even are involved in trafficking of women from other countries. Some told me that the company has taken away their passports and if they wont be paid, they would be beaten.This is so inhuman. But I was mostly concerned about the photos of me that was posted on the website. When I checked my email, which is a personal one and I rarely login with that, I found bunch of mails from random people calling me bitch and other filthy words. They were asking me for my charges and were very filthy.The oldest email was three months old, exactly the date when I posted on eros.com. I had no clue what to do. So, I called the friend that had noticed my photo on the website. He suggested to talk to my lawyer. Although it was important, I had already invested a lot on the divorce lawyer and was not in a position to spend more on another one.So, I tried to ignore understanding the fact that the phone number wasnt with me. However, soon, I started getting calls on my new number. I do not know how that happened. But when I checked the website, my number had been updated. It is only because I called these guys. What could be another reason for this?The calls started coming at odd hours as well as when I worked in the office. I tried to file a complaint with the police, but they needed evidence that the profile wasnt posted by me. They did offer to help, but did not provide any assurance. They also advised me to go through an attorney for fast results.So, I contacted one. I had to pay him huge to start the process. He charged me a lot as the matter was very serious. It took another two months for things to get sorted. They did remove my image and number, but the email address still exists. I am not sure what to do as of now. But, I am scared what if the profile again shows up.My children even know about all this and had to face some brute comments in the school too. All these have messed my life up. I am very disappointed in the way these things work. The scammers always run away from the consequences. First my ex-husband who married other women right after we split up, as if he was waiting for the divorce. And, then this website, that is ever worse than my husband.I do keep a check on the website and even have contacted eros.com about the same. They have been handling it from their end. However, I am not sure why they pick ads from this particular website. Whatever the reason is, it is very disturbing. I had a mental breakdown. I went into depression and had to take pills. This website must be taken down. Or else, it would keep posting information of people randomly from other sites.I am definitely going to post my complaints to as many sites as possible online. These people must be treated as felons and should be prisoned for running more peoples life. I have gone through a lot because of what these people did to me and wont leave them spared. If you have similar experience, please voice your rage. Or else, gfemonkey.com would keep making scams and frauds. 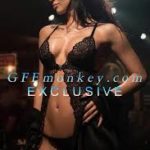