This is an archive of a consumer complaint published against Glass Jacobson Financial Group at DirtyScam.com-

I was put in touch with Doug White at Glass Jacobson Financial Group in Rockville by a mediator in an effort to enlist his expertise to help resolve a law suit.Mr. White was contracted to independently verify financial information of the defendant.Mr. White dramtaically exceeded the expectation of the level of effort which was set with my attorney.As this is often the case in professional consulting engagements, I requested an inventory of hours and dates  which I have yet to receive  almost three months after the engagement was complete.Contrary to the terms of the agreement, Mr. White engaged others at his firm without first obtaining my approval, and also performed work, which he felt was required, but it was not requested by myself or the mediator.My agreement with Mr. White specifically requires my lawyer or financial expert or the mediator to assign duties or work to him.Nontheless, Mr. White, by his own admission, performed tasks that were not requested by me or my team.When all was said and done, my bill was about 6 times what I was told to intially expect.Further, all of these charges came in a single month, when I had understood the work was on-going over serveral months.I am not sure of the last point being the case, but it was certainly my prior understanding that the work spanned more than one month.After I emailed and called Mr. White to discuss his lack of iterative invoices, and conformity with the agreement, he was initially not responsive.I emailed again, a week later. He responded and provided a list of who worked a given amount, but has not provided the dates on which they performed the work.He claims all of the work was performed in a single month.Ive followed up with him mulitple times since and always had to make more than one contact to get a response from him.Sometimes this was over many days and in some cases it took weeks, and in one case it took three weeks in order to get a response.Mr. White eventually made an effort at a token discount.My response was that I feel a greater discount was appropriate in light of his departure from our agreement and poor management of my expectations  but I would pay his requested amount out of respect for the mediator  if he insisted.That email was three weeks ago on September 24th 2013.I emailed a reminder asking for a response on 10-1-13. To this date there is no response from Mr. White to either of these emails.Mr. Whites consistent lack of reasonable time-frames for response was made worse by his contention that engaging other staff at his firm ‘lowered my bill  as his rate was more expensive.He seems to be under the impression that if a bill was going to be relatively-lowered, he did not have to conform to the agreement by notifying me when his other staff are engaged.I am also deeply frustrated that he did not provide a schedule of the dates on which the work was performed.This ommission has given me pause about whether all hours were in-fact performed in a single month; as he now contends.I dont know this man well, and have never met him face to face, but I can say that this one experience with his firm was quite unprofessional and disappointing.FWIW  I have rarely had issues where professional services staff have exceeded an expectation of a bill.When it did occur, I tried my best to be flexible and resolve the disagreement amicably and fairly.Never have I interfaced with a professional who handles any disagreement in the absent and careless manner Mr. White seems to feel is appropriate here. 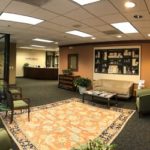