This is an archive of a consumer complaint published against Glaucoma Center of San Francisco at DirtyScam.com-

I did like the doctors, but the the person running billing was difficult. Im on a payment plan and each month would receive a statement that showed insurance payments made and my declining balance due.The next month, I would receive another statement that showed more insurance payments made in the previous month  that posted on the same day as payments received in the last billing cycle.I thought that odd. Two insurance payments made on a single day, but only one was reflected on my monthly statement.Wanting a more accurate accounting so that month to month, I could see exactly what I owed, what had been paid, and what my declining balance was, I spoke with the billing supervisor who informed me that their software system was not able to show payments made from the insurance companies on a single statement even if made on the same day. I thought that was weird.In other words, if a payment was made on procedure A by my insurance company at 10AM on Monday and another payment was made for different procedure B at 3PM on the same day  and the invoice to me was generated and mailed several days later, only a single insurance payment would show up on my invoice.Next month, the second insurance payment would show up, like it was somehow missed by the billing system.When I complained to the billing supervisor and requested a simple invoice that showed all insurance payments made on a given day within the billing cycle, she took it was a personal affront.Despite several calm attempts to inform her I was not blaming her, but commenting about their billing software, she somehow was personally insulted that I questioned their software system.I was truly an odd conversation; me apologizing for something I did not do or say, and trying to make it clear that simply wanted an accurate billing statement on a regular basis.She informed me in writing with the next billing statement  that for any future billing questions, I must go thru the doctor at the center and not her directly.A very strange experience indeed. Now if I have a billing question I have to ask my ophthalmologist to ask the billing department on my behalf.Why does an Ophthalmologist office need drama? I was treated like a child. Unfounded and unprofessional. 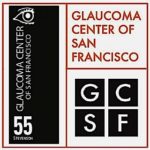