This is an archive of a consumer complaint published against Golbar & Associates at DirtyScam.com-

I used Golbar & Associates to do my taxes one year and it took a lot of back and forth. The next year they put someone in charge of taxes that barely spoke English and instead of asking all his questions once, had to call me 8 times a day with a single question for days and weeks.It was like pulling teeth. I also kept asking them what their fee would be for that year, to which they kept responding that they would tell me after I did my 2 years with them.I knew something is fishy. We finally finished the one year and they finally sent me a bill for an amount 4x what they had charged me the year before.I can understand fees going up 10-30% from one year to another for a similar tax filing but a 4x factor was not acceptable.I paid them 2x and decided not to do that next year they were pushing for with them.The experience was pulling teeth. 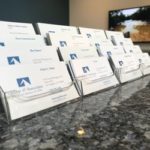