This is an archive of a consumer complaint published against GOLO at DirtyScam.com-

My wife and I are highly disappointed after using the diet plan and pills from Golo. It is recognized as the most popular diet plan online. However, we did not feel any of that sort. From its customer service to the products benefits, everything is a zero. I would rather eat what I was eating before. Paying such a huge amount for two diet plans that we ordered for my wife and myself, we think that we are the biggest idiots. These people are scamming everyone.There are no rosy lanes. All starts with a fake hope and ends at disappointment and anger. It started right away when we ordered the plans. My wife is diabetic and I wanted to lose weight. We ordered for both of us. At first, the package for my wife arrived 15 days late as per their claims. My order did not even reach.I called the customer care and asked for a refund. But, they said that the refund would only be initiated when the package would be sent back to them. What a waste of time. There is no package received at my end. And, the tracking details have all the information. The package is stuck somewhere and it is showing in the tracking details. I have talked about the same to the customer care people and they have got no answer for that.All they say is that they cannot help and I needed to wait for the package. I have been calling them and no one cares to solve the issue. As per the product review, I believe that these pills which are called to be herbal have no use.My wife started the diet plan as suggested by the Golo team. She did all that was asked to her. They have mentioned on the website that the pills and their diet plan help with insulin levels and with diabetes.However, when she started using those pills and followed the diet plan, she started keeping sick. At first, we thought that the body was reacting to the change and it was not an issue. However, she became too sick and I had to admit her to the hospital. I have no proof to claim that the pills and the diet plan was the reason. However, there was no change in her lifestyle. It was the same routine, however, the diet was as per the plan sent by Golo.Apart from the pills, their diet plan was mostly about eating in moderation and in small amount. I did not find anything that we did not know before in the booklet they provided. We did not know much about the pills though.After being released from the hospital, we decided not to take those pills. And, the theory worked. She got better and those problems did not occur again. Regarding my order, I never received it. Even if I would have, I would have never used it after such experience.I did call these people and even emailed them about the refund. I called them to tell them the problem that my wife had to go through because of their worthless pills. And, they said that the pills were never the reason. I asked for a complete explanation on the pills and they said they wont be able to share that.These guys asked me to wait for another month. It was already 15 days and my order did not reach. They said that the packages get delayed sometimes. And, it would reach in a month or so. I wanted to get that package so that I could have sent it back for the refund of such huge amount. But it has been more than a month and the information still shows it is stuck.The other day when I called these guys, they were very rude to me. They said that it was their policy and they cannot help me get a refund until I send them the package back. Is this the way to help customers. It was not my fault that the order did not reach. We always are at our home. I work from home and there is no way we could have missed the package.Also, the online tracking details never said that the package couldnt be delivered. So, it was Golo responsibility to ensure that I received the package. The problem is that my wifes order reached but mine did not.They must have used the same courier service and the same address. If yes, why the order hasnt received yet. And, calling these guys is a complete waste of time. They never pay attention to our problems. In spite, they keep blaming us for not understanding their policies. I am not able to get a refund and these people are doing nothing about it.My emails go unanswered. When I call them, I have to stay in queue for almost an hour every time before someone answers. All these things are making me mad. I have checked many other reviews and most of the customers have been scammed in the similar fashion. Could it be a coincidence? I do not believe so.We take turns to follow up with these guys. Sometimes my wife tries to call them or else, I ring their number. But, they seem to be lacking empathy for their customers. Do not ever purchase any diet plan from Golo. Or, you will be scammed like this. 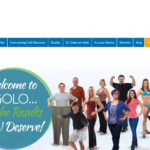