This is an archive of a consumer complaint published against Good Opportunity Homes & Investments at DirtyScam.com-

Good Opportunity Homes & Investments was the listing agent on a home my wife and I wanted to purchase.We were in escrow on the house and eventually walked away from the deal because the property needed extensive work and the sellers were unwilling to make repairs or lower the price.While it was ultimately the refusal of the sellers to address the many issues of their house that scuttled the deal, the listing agents played their part as well.The word I would use to describe their role in the process is “absent.They couldnt be easily reached on the phone. When we visited the property for viewings and various inspections, they couldnt be bothered to show up (they did show up once, the only time I met them).Their absence ended up being a major issue because the home owner was erratic and became confrontational at times, one time cursing us out and throwing us out of the house as we were performing a termite inspection.You almost got the feeling that the listing agents had no real interest if the deal went through or not.However, what I really found unacceptable is that the property had a number of issues that their client was not disclosing and they, as the agents, did nothing to prevent this.This seems unethical to me. For example, the home owner told us in the disclosures that the roof of the house was 5 years old.That was completely untrue. It was like they forgot to put a 2 in front of that 5.The roof was way past the end of its life span. This was verified by our home inspector and a roofing contractor that examined the property.How could the listing agents just allow their clients to blatantly lie on the disclosures? Even if they dont have a legal obligation to make sure their clients are telling the truth, it seems that they would have a professional obligation to stop an obvious falsehood.Because Good Opportunity did not communicate effectively, because they did not straightforwardly disclose the issues of the house, because they were absent for much of the home buying process, I wasted a lot of time and money on this deal, which went nowhere.The lesson: be prepared to do your own legwork if this firm is selling the house.They cant be relied upon to show up, give accurate information, or even call you back promptly. 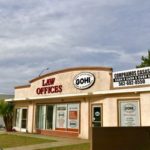