This is an archive of a consumer complaint published against Greg W Isley, CPA, PA at DirtyScam.com-

Dont bother. I was with Jim Ogburn for 8 years and loved his practice and his wifes personal attention.Greg acquired Jims firm before tax year 2018 and I assumed the experience and service would be similar and I was completely wrong.I dropped my taxes off a month before the tax deadline expecting them to be completed and filed as is customary. Nope.A week before tax deadline I contacted the firm and they said they were behind and would file an extension if it was needed.When I asked for confirmation at the end of the week that an extension was in fact filed, they sent me a confirmation that showed they had already filed for an extension weeks before they told me they would if it was needed.Another month passed and I realized this firm had earned precisely zero of my trust.I gave up and went and picked up my paperwork today.It has been 2 months since I had initially dropped them off and they have never touched them with no updates and no communication.Avoid this firm and go somewhere else. I will certainly be doing so. 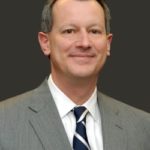