This is an archive of a consumer complaint published against Guardhill Financial Corp at DirtyScam.com-

I can only tell you about my experience with Valerie Feder and Jerry Ahn at Guardhill Financial Corp.I was given Valeries name buy a mutual friend.I explained to her my boyfriend who is an International tax Attorney was in practice over 45 had gone out on his own with the same clients he has had over 30 years.He was in business on his own a little less the the technical requirements of 2 years.Valerie told me that its a hurdle but assured me we can overcome it as we have showed consistent income.We we pre approved for 900k. Went down to Florida to look at homes and was just getting ready to go to contract we found out that we never actually had 900k but it was now 750k.Makes a big difference when you are spending tine and money flying back and forth to Florida.First home we went to contract failed inspection. The 2nd home we were told we could only get the 750k financing but we needed the 765k on 860k house with 11.24% down.We knew that at 860k we needed that extra 15k to sign the contract.Shorty before going on vacation, we were told by Jerry Ahn that we had that addition 15% so we signed the deal with the seller and went to contract.Weeks later we get Guardhills contract for commission and we noticed the 15k wasnt reflected in the numbers to be then told we never actually got the 15k.We would have never gone to contract unless being assured of this 15k which we were told by Jerry Ahn.Valerie come sup with this Sellers concession of 15k where the sellers agrees to the closing costs.We were able to get them to sign it and added as an addendum to the contract.A day before the deadline to getting this mortgage commitment Valerie informs me that we need two week extension due to this sudden 3 line addendum which I thought was ridiculous as she was the one who wrote it and I assumed cleared that with he lenders.Getting close to the deadline for this 2 week extension she suddenly comes up that our file is now b being held up due to this gift letter that was supposed to be signed by my brother for the remaining downpayment.We gave 10k when we signed the contract and another 10k after the inspection.I could have done this gift letter moth Aho but now that the extension was getting ready to expire she now come up with this.A couple of days goes buy and now she needed this title report!Title reports arent using done until right before closing.I asked why wasnt this asked for by the title company weeks ago by you and her answer was I called up weeks ago to request it.Well obviously you didnt follow up because you dont have it and we are a couple of days before deadline and you said the underwriters are requesting it.IO called the title company to find out nobody ever requested it.It wasnt my job to request this report but I was able to have them send us the report as well as VALARIE FEDER.Friday the day before the Tuesday September deadline awe get paperwork from the underwriters.We were excited as here we thought we were finally going to get this loan and make the September 11 deadline for mortgage commitment with the seller as part of the contract with this extension.After printing out 92 pages my boyfriend who is a Tax An International Tax Attorney read the 2nd to last page that says interest rate of 8.65 adjustable to and it can go as high as 14% after 5 Years.Well we almost had a heart attack! Our sellers contract that we all signed including the sellers capped the rate at 5.5%.Calling Valerie I said to her what excuse my bad word what the hell is this! She claims she knew all along about this rate and told ME and I said it was ok.Well that is just nonsense. Has I known that I wouldnt have waited 15k between lawyers fees, inspections, travel back and forth at least 4 times looking at homes, wasting our time our brokers time and the seller and his broker not to mention taking my boyfriends time away from work. she ten claims it must have been a misunderstanding.We were totally mislead by here for months. She knew all along this was our rate.This is like can shark rate. I called the lenders to them find out that Valerie and jerry never sent them our tax returns.They gave us that rate based on bank statements and even still showed income of 30-60k a mont consistent for over 2 years.Sat this point we had to back out of the contact for fear of losing our 20k downpayment.6 months of this nonsense with her and her absolutely liar of an assistant Jerry Ahn we now lost our home.If she would have been upfront in the beginning this wouldnt have happened.Our heart is broken as we been through so much, so much paperwork, travel expense.If you had sent us both an email stating hey thesis all I can get you until Scott was sn business the full 2 years in writing to both of us in the very begging this wouldnt;t have happened.This is belong a nightmare. I have hundreds of texts and emails from Valerie with all her games and lies. 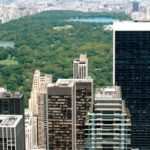