This is an archive of a consumer complaint published against Guild Mortgage Company at DirtyScam.com-

Guild Mortgage Company was recommended to us by our real estate agent.We initially spoke to the Loan officer by phone and she gathered some basic info.She then asked us to drop off some financial documents at the office and she said she would get started on the process.I assumed (wrongly) that she would review the docs we gave her and then set up a meeting.We waited to hear and WE finally (after two weeks) asked if we could meet with her.She didnt seem to think that we needed to meet in person! (customer service?) The whole process was very unprofessional.We were asked multiple times to bring provide more documentation, which is somewhat understandable but when they are calling every day and saying now we need this, or I forgot to tell you we need that, it gets very irritating.They should have figured out all the things that they needed before they called a dozen times.They seemed very unorganized and not on top of things.To be fair we were a hard case, with self employment income and other issues, and they did work hard to get our loan done.But they waited until the last minute and then everything was stress and pressure to get it done.If they had been proactive and not waited until the end things would have gone much smoother.Just two weeks AFTER the loan was completed we received a letter informing us that the loan was going to be transferred to another loan company (which is common).The letter stated that we should make our first payment to Guild and then the following month payments would begin to be paid to the new company.We sent our first payment to Guild in their pre-addressed envelope, but the check was not cashed and the new loan company began calling us asking us to pay.We called Guild and they said they had no idea why we were told in that letter to make our first payment to Guild since the loan was transferred.They had lost our check and had no idea where it might be.We had to STOP payment on the check and pay the new loan company by phone in order to not be late!To sum it up every thing about Guild Mortgage Company has had DRAMA and stress 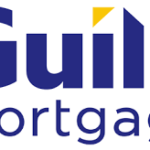