This is an archive of a consumer complaint published against Hacker Accounting at DirtyScam.com-

Had my taxes done by Hacker Accounting for a few years. Our accountant claimed I was a military veteran and then I was audited by the state and owed thousands of dollars.This was claimed for more than one year so either the accountant was not preparing a new return each year and just using the same one with the same errors or was purposely claiming an incorrect deduction to try to get me a better return.Either way, I find it deplorable that a supposedly respected firm wouldnt double check tax forms to find this problem and do it for more than one year.Beware  if you have to look over your accountants work as much as I should have here  youre much better off doing your own taxes. 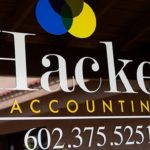