This is an archive of a consumer complaint published against Harford Tax Service at DirtyScam.com-

Do NOT go to Harford Tax Service. He messed up my return and I caught it the same day and asked him to hold off submitting it.He insisted he was right so I took my return to two other accountants who both agreed he messed up.When I told him about the other accountants he said they didnt know what they were talking about and it didnt matter anyway because hed already filed, AFTER I told him not to.I ended up having one of the other accountants amend the return and even with their fees I got about $400 back.He also charged more than any person I had used in the past, and he is not accredited with the state and is not a CPA (CPAs dont know anything more than he does according to him).His website has a link to National Association of Enrolled Agents, which is funny because he is not one.One more thing, hes only in Colorado during Tax season then goes to Florida for the year, so good luck getting ahold of him when the IRS comes knocking.. 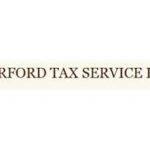