This is an archive of a consumer complaint published against Healing with Hyperbarics of North Dakota at DirtyScam.com-

I was initially very excited about Healing with Hyperbarics of North Dakota coming to Fargo, ND.It could have , and still could be, a very helpful therapy for a long standing injury to my foot/calcaneous/tarsal bones which were arthrodesed/fused on June 1, 2018.Two of the four incisions were non-healing and remained open for 6 months.I initially visited Healing Hyperbarics in September of 2018 (not sure of the date).And was led to believe that hyperbaric oxygen would be very helpful for the open wounds and subclinical osteomyelitis.For some unknown reason, my insurance company was not contacted until November 8, 2018, at which time the hyperbaric oxygen therapy was approved.I was not notified. I then contacted the insurance company myself and was repeatedly told that the treatment was approved.I had 4 hyperbaric treatments, but was then told that I was not allowed to come back because of the POSSIBILITY that the insurance would reject the charges.Poor communication all around. The treatments should have been started much earlier, and the insurance company contacted immediately after my first visit.I am disappointed and worried that the incisions will again open up.The hyperbaric clinics only concern is getting paid. Very disappointing:( 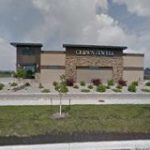