This is an archive of a consumer complaint published against Hendrick Chevrolet at DirtyScam.com-

Doing business with Hendrick Chevrolet dealership has been the worse experience ever. First of all, let me just say that I do not recommend them because they are very rude, unprofessional and shady.I purchased a vehicle from this place on August 9th and when I attempted to make my first payment on September 6th, the finance company stated they had no record of my contract.I reached out to the dealership and was then told they just needed to do a new contract so, I went back in and signed a new contract and thought everything was done.A few days later I began getting calls from numerous people from the dealership stating that I needed to come in so I did.When I arrived they sent out their very rude sales manager Andrew who then told me that my deal did not go through and I had to return the car.I advised him that I would return it as soon as I could get my daughters belongings out. At this point he became belligerent and called me several racial slurs and got in my face.Then he demanded that I return the vehicle after I had already told him I would bring it in, he threatened to call the police on me.I then reached out to the general manger Tee Thomas who was just as bad and did nothing but lie. He claimed to have addressed the issue, but I assure you he did not.The deal fell through because they failed to follow the guidelines specified by the finance company and they did not even acknowledge that they screwed up.The manager had me come back in stating that he was going to fix it, but he did not.Instead, he done nothing but lie and waste my time.I am now out of money for registering and putting insurance on a vehicle that had to be returned.DO NOT GO TO THIS DEALERSHIP TO PURCHASE A VEHICLE!I ended up with 14 inquiries on my credit that I did not authorize and my credit score took a 29 point hit because of it.I told them up front that I did not want my credit ran more than twice, but they done it anyway.BUYERS BEWARE!! This place will do anything to get a sale, even if it is not on the up and up. 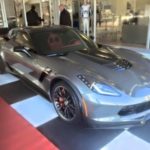