This is an archive of a consumer complaint published against Herbalife Reviews at DirtyScam.com-

I am writing this review because I have had very bad experience with the products of Herbalife. I was on a diet plan from this company which comprises of milkshakes, tea and some instant foods. I joined this program because my friend asked me to. There was no reason for me to believe companies like these. I have had prior experience with other meal plans that have not worked in the past. My friend was a member of this company and requested me to become one. However, I have never had such problems in the past.I took other supplements and diet plans with other company. They did not work but there were not much health issues either. But, with this plan, my life was put in danger. I believe that no one asking to join something for their benefit could ever be your friend. These milkshakes and other products that the company sends are fake and completely worthless.When I started with this program, I lost few pounds in the first two weeks. Later, I did realize that it was all the water weight which shed because I was eating healthy and not because of the products that Herbalife sent me. I did realize everything too late. But I wish those reading this review understand how dangerous these products could be. I have been through a lot in a month and all these happened because of the products that Herbalife sent me.After two weeks, when I saw the weight going away, I did not notice other things as I was too busy embracing what I had just felt. I believed in these products and took the complete months subscription. The company provided me with everything that they considered were right for my body. As I saw the results, I ordered the same for my wife too. She had thyroids and I consulted the mentor before ordering for her. He told me that there wont be any problem as it would only help bring down the thyroid levels.I was too happy to see the weight loss that I did not consider checking the same with my doctor. When we started taking these shakes and tea, we felt dull and out of energy all the time. My hair fall started and the nails became brittle. I did not realize at first that these were because of the milkshakes I was taking. After all, they were just milkshakes.I went to see the doctor and he checked my condition. He told me that my LT was over a hundred and my AST was over 40. I could not believe as I was perfectly fine the last month. I had a strict plan and had to stop taking the milkshakes for a while. The range for both LT and AST got normal. I again started taking these products and the problems got back. That is when I realized that it was because of the milkshakes I was drinking.My wife even had to suffer a lot because of my foolishness. Her thyroid levels sky rocketed. It rose from 2.1 to 5.4. This happened in just three weeks. After we stopped taking these things, my condition stabilized. However, my wife still is recovering and it seems that it would take some more time to redo the mistake that happened because of me.I think that these guys do not care about anyone but their money. The milkshakes are pretty bad and I never liked their taste either. Just because it promised for a healthy weight loss, I started taking them. Also, because my friend suggested it. All these made me realize that this company is not for anyone.It wasnt just me. I also checked other reviews on the internet and have found out that the products have created similar problems for other people too. So, if you are reading this review, I would suggest not to take anything from this company. There are many other healthier ways to lose weight.Instead of opting for an easy way out, look for genuine results and strategies for losing weight the right way. 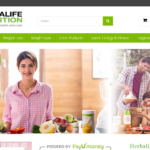