This is an archive of a consumer complaint published against Herbstman Stephen, CPA at DirtyScam.com-

We had our taxes prepared by Herbstman Stephen, CPA for the last couple of years.He is expensive, but I thought I was getting good service.What a mistake! I have been notified by the Federal Gov AND the State of California of additional taxes due to his “oversights.Would I recommend Stephen Herbstman? Eek! Me thinks not! 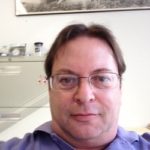