This is an archive of a consumer complaint published against Homeamerican Mortgage Corporation at DirtyScam.com-

Homeamerican Mortgage Corporation has been the most frustrating company to work with. They are processing our mortgage for a Richmond America home.We started this process on Dec. 31st, 2017; and were scheduled to close a week from today.About a week ago, they needed a copy of a check for a credit card payment. From December.They have all of our bank statements and could see that exact amount going to the credit card, but needed to see the check.This wouldnt have upset me except someone should have reviewed this about 6 months ago.At this point, computers, printer etc have already been packed.Now, today, exactly 2 week before we are to close, the are missing forms that WERE signed Jan. 12th.And they say they werent signed, so the system automatically mailed them hard copies, in January .They are saying they were never returned. Well they werent returned because they werent sent.Mind you, weve dealt with a loan processor who couldnt get it through her head that a payment was made from an account that has never had checks associated with it, but still wanted a canceled check.It took 20 minutes to get through to her there was no canceled check.Weve had 2 loan officers. But their lack of loan review has made their emergency, our emergency.They sent the paperwork that needs to be signed, which again, I have no printer, its packed.And Ive been waiting 10 minutes (at least) for these forms to open on my iPad.Who knows if it will ever load. So no idea if I could print them, even if I had a printer.If you want to be frustrated, use HomeAmerican Mortgage.Otherwise, no matter how much they offer, turn them down and go with a local company. 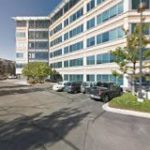