This is an archive of a consumer complaint published against Homebridge Financial Services at DirtyScam.com-

Working with Andrew was a very frustrating experience. He was not straightforward from the very beginning, he was not helpful and did not seem to care at all about anything we told him.We told him that we did not want points and he arbitrarily added a point (over $2,000) charge to our estimate and then didnt even bother telling us about it.It took several of back and forth emails and phone calls to make him fix his mistake.Finally, we had to get his manager Shaunt involved to resolve this issue.Andrew then promised us it was fixed. At this point, we already realized hes not the sharpest tool in the shed and emailed his co-worker to confirm the update to which of course it comes to find out it wasnt!Working with his manager the issue was eventually resolved.Our lawyer also reported a similar experience of this guy being unresponsive and unprofessional.Overall, dealing with Andrew and problems he created was a lousy experience.We will give credit to his manager, Shaunt who was apologetic when we spoke to him and helped us clean up the mess Andrew created and also to Amanda for helping answer our questions. 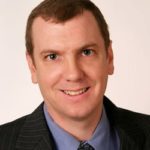