This is an archive of a consumer complaint published against Honolulu HomeLoans at DirtyScam.com-

Erica M. Dzikowski was my first contact with Honolulu HomeLoans.I thought I was pursuing an FHA loan and told her so on our first phone conversation.At that point she condescended to me and told me that that loan had been out of favor for about four years and acted quite superior about it.She embarrassed me and I felt she was extremely unprofessional and could have handled herself better.She was not kind or understanding and the conversation ended on a very bitter note.Unbeknownst to her, I had already been approved by two other loan companies at the time and feel she lost a great opportunity.I was correct in my understanding that the FHA loan offers the best rate, but incorrect in the knowledge that it takes a full 6-9 mos.For approval. All it would have taken was a kind understanding on her part.She is obviously immature and I would strongly recommend you avoid her as a loan officer. 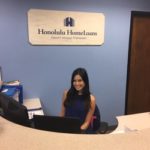