This is an archive of a consumer complaint published against Hourglass Diva Med Spa at DirtyScam.com-

Drove two hours to be told two patients fresh out of surgery did not have an appointment which was scheduled through text (the business preferred method of contact) and that we should return another day. This business has a new partnership with a well respected surgeon and are prepaid for any patients sent to them (theres no other option) and likely turned us away for more money. These were post op treatments by the way.We were given an appointment 2 hours later after we mentioned we would be contacting the surgeon and I cant even explain the mess that followed.The business is in the cramped basement of Illusions hair spa and had no air conditioning or seating space. Receptionist asked who she spoke to over the phone and began berating one of the patients who were both in pain and in no shape for an argument. Owner was storming around asking for papers from the surgeon we were never told to bring.The receptionist then proceeded to have conversations with the owner and message therapists about how she was sorry they had to stay late and how we were WALK INS when we were given appointments THROUGH HER. Owner-Joanne Triguero, was told one patient didnt have some sort of paper work (irrelevant, their treatments were paid for) and kept walking into one patients room asking for the same paper over and over again.This went on the entire time I waited for their treatments to be over. These people just wanted to fight and two patients fresh out of surgery should not have had to deal with it. Although Id normally fight back, I didnt want any aggression taken out on the patients. It wasnt worth it and I didnt even want them to get the treatments once these women began attacking them.Were contacting the surgeon and skipping on the second massage that is part of their package. Well pay out of pocket at another establishment. Avoid at all costs. 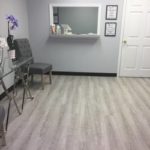