This is an archive of a consumer complaint published against Housing Trust of Santa Clara County at DirtyScam.com-

Housing Trust of Santa Clara County nearly made my entire home deal fall apart.We went into the deal with 45 days to close escrow (to account for some holiday closures).I was assured during the entire process that it was going to be “no problem.I provided every document required to them within the same day it was asked for.Over sixty pages of documents were handed over and then I was told that Dan Lachman, the Director of Homebuyer Programs would be getting to it ASAP after they re-opened for holidays. That didnt happen.Instead basically no work was done for almost two weeks while I waited and ran out of time.My brokers and real estate agent furiously tried to get any tidbit of info out of Dan and the Trust.The first response after those two weeks was that the trust was busy with some internal matters that were “important.I was furious that I was a zero priority for these guys and Dan after handing over all my paperwork giving them plenty of time.So what followed next perpetuated the nightmare.We ran out of time. My agent was required to file an extension on the deal which made all parties very nervous.Again, I was told that we were “nearly there and that Dan would approve soon and we could close quickly.With just a few days left on the extension Dan finally responded — in the most frustrating possible way.He essentially took my deal back to square one, asking me for a load of documents that I had already provided and new ones that didnt even pertain to the deal.We needed final docs that day and instead he was just starting.At this point we are over 60 days into it and nowhere near done.Asking for a second extension was not an option and neither was the Trust at this point.I had my brokers switch all my paperwork over to the “more difficult FHA loan and had the appraisers back out to update their paperwork for the change.I was approved, funded, and recorded in less than a week with the FHA loan.Dan Lachman and the Housing Trust put my entire deal at risk without any regard for the fact that there were deadlines and deposits to be lost.I was needlessly made to wait for them while they did nothing with my deal.It was the most stressful two months of my life and they were completely unsympathetic to my situation.I got the keys to my house today (after 65 days) and will not recommend them to anyone. 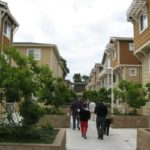