This is an archive of a consumer complaint published against Houston Texas Fire Fighters Federal Credit Union at DirtyScam.com-

When I was first introduced to Houston Texas Fire Fighters Federal Credit Union on November 11th I was informed that I could refinance my truck for a lower APR.So, initially, it was enticing to also apply for a Credit Card and Checking account with HTFFFCU with intentions of doing all of my business with this organization.When the process was started and close to being complete I was informed that I could not get refinanced with a lower APR because I have student loans, bringing my loan debt higher than my salary.Furthermore, I would not be able to apply for a new car or new house unless ALL of my student loan was paid off making there no reason to keep open an account.This was against all that they had first told me so I initially closed my account and CC. My CC finally came in the mail on December 12th.After checking my credit score and seeing a hard inquiry on December 17th, 2018 I called back and stated I would like to keep the CC since HTFFFCU pulled a hard inquiry on my credit report due to applying for the CC.They said I needed to show up in person to reopen my CC.I made my way into the Kolb branch, talked with Marcus, he got me set up with another CC since they couldnt reopen the one I had and said it would be on the way, it would take a couple weeks.I called yesterday, Jan. 23rd, 2019 after waiting on my card for a solid month and apparently there is no open accounts with no active or pending CC being sent my way.The guy I was talking to assured me that I would be receiving a call back.Well its Jan 24th and Im still waiting on that call back. If this is how they treat their customers I would advise everyone to stay away.Ive had better customer service with Chase Bank than I have in the small amount of time getting the run around with Houston Texas Fire Fighters Federal Credit Union.You would think they would stand by their motto (Family, Trust, Service, Prosperity) and accolades (Serving our community for 83 years).Guess I was proven wrong. I will be informing all of my Family and Friends about the service. 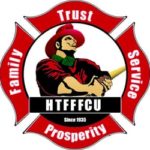