This is an archive of a consumer complaint published against Howard Choder at DirtyScam.com-

WARNING  DISORGANIZED, FORGETFUL AND INCOMPETENTI made an appointment with Choder Howard to do my Corporate Taxes and was hoping to have a great experience based on the reviews but heres what happened instead.I arrived for my appointment  Choder fumbled around (think MR. MCGOO) and had now idea who I was (we talked at length on the phone 2 days ago), or about the appointment this morning.After he finally found my appointment, we sat down and he looked over my previous years return.He said I only have a carry forward loss of $1800 to offset the profit this year.I said actually, its more like $11,000. He studied the return, flipping back and forth like its the first one hes seen.After 5 minutes, he finally found it and just said “Oh, there it isI wanted to grab my P&L and leave immediately.Taking so long to find such a simple line item on a return screams incompetence.Next he refuses to do the return since he must charge $1000 and my return is simple.The idea of adjusting his rates based on the complexity of the job is lost on him.Me: Okay, can you at least file the extension?Choder: Yes and begins to print out the form. Oh, theres no toner in the printer.Me: Can you file it electronically?Choder: Its $25, then gets half way through the process and ups the charge to $75.He finally ends up e-mailing the form to me to send myself.I dont write a ton of reviews, but I do use  a lot, so I felt I owed it to the community to warn you guys of totally misleading rating.Good luck out there! 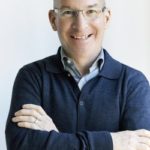