This is an archive of a consumer complaint published against H&R Block at DirtyScam.com-

I was filing my taxes for the first time last year and I made the mistake of going to H&R Block. Never again. I scheduled an appointment after work here since it was the most convenient location for me.When I went in, I was informed whoever I was originally supposed to see was unavailable. No big deal, I figured. Wrong.I met with a man who looked like an old disgruntled Santa Claus (minus the red suit). He was not friendly at all.I felt pretty uncomfortable, and not just because I was sharing personal financial information with a stranger.I almost felt like I was inconveniencing him by making him do his job.I told him more than once that this was my first time filing my taxes, but I dont think he could have cared less.He barely explained what he was doing on his computer, and whenever I did ask, he gave a very brief answer that wasnt really an answer.On top of being unfamiliar with the tax filing process in general, my current job puts me in a situation where I need to fill out different forms than the average worker would.This guy had no idea what to do. At the end he said I owed the good ol feds about a third of my yearly salary.Even I knew that wasnt right. I dont know if this man is inept or just lazy.I asked him to double check everything to see if there were any errors, but he seemed to think that had to be the correct total since thats what his computer told him.The appointment ended when I opted not to file at that moment and the man sent my information to someone at another H&R Block location who he thought we be able to better assist me.Since that was at another location I wont go into detail in this review, but talking to her was a better experience.Youre better off getting a friend or family member to help you with taxes and/or using a free online filing service, depending on your income.Thats what Ill be doing every year from now on. 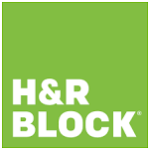