This is an archive of a consumer complaint published against Hydroxycut at DirtyScam.com-

It all started right after I started taking Hydroxycut pills. I have tried different versions of it. I was so stupid not to understand this fake product only after the first experience. It was all there infront of me when I started the first pill. I should have stopped right there. But, I was too desperate to lose weight that I could not stop until I got sick.At first, I started with the Hydroxycut max for women. The Hydroxycut results were proven as per the website and I thought of trying them as I was in great need of weight loss. I was advised by someone on the website that I should start with this and they also suggested two more pills. One was Hydroxycut hardcore and the other was some gummies. I ordered all three of them. They told me to use the Max pills first. After completing the pills, they asked me to start the hardcore one and then the gummies.Whatever amount they advised me, I started with half of the dosage to be on the safer side. I needed to check if it had any side effects. After three days while I was walking my dog outside, I collapsed. I could not breathe and my heart rate got too high. I was able to hear my heart beats. I was very scared. My husband carried me to the house. Only after two hours, I was able breath normally.I called the support and they said that this happens sometimes and after I will pass the phase of nausea and weakness for a week, I would feel the change. I believed them. I continued with the pills. I did feel some change and there were few pounds less not any dramatic change. However, I could not quote that the loss was because of the pills as I was also going to gym and was doing regular exercise and was following the diet plan.Once it was over, I found something black at the bottom of the bottle. It seemed like mold. I called the support again and they said that it was nothing. I did not feel right about it. So, before starting the next pill, I did check the bottle before starting to take them.However, this time, I could not continue the pill. These hardcore pills are very strong. I started feeling weak and very nauseated. I had to skip my office and it was not getting any better even after a week. So, I stopped them and instead started taking those gummies.I took them for three weeks. I did not have any weakness for the three weeks. However, after three weeks, I experienced severe cramping, pain as well as diarrhea. This continued for a week. I had to see a doctor.After I got better without doubting these gummies, I started taking them again. This time, I again experienced the same symptoms and were even worse. The doctor admitted me in the hospital for two days. He checked my blood reports and told me that I had infection and it was very bad. He told me that if I continued taking those pills, I could severely harm myself.I right away stopped those pills and I also realized that after I stopped going to gym and while I was still taking those pills, my weight rose. I gained few pounds. This means that the weight loss that happened earlier was completely because of the exercise and diet plans that I was following. I later checked the hydroxycut gummies reviews which say the same thing. All these reviews say that the product was bad and some even had the infection after taking them. My hydroxycut reviews before and after are exactly as it happened. I was lied about the product and the complete spending that I made on these pills were for nothing.Hydroxycut results are worse and it may get anyone close to the deathbed. These guys should be arrested for selling these dangerous products. I am not sure how they got the permission to sell these craps. These guys are playing with individuals life. Their products should be banned forever. 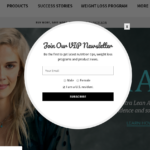