This is an archive of a consumer complaint published against Hyperion Bank at DirtyScam.com-

Im getting the heck out of Hyperion Bank. I had yet another run in with Cynthia, and it took checking my first review to confirm that she was the horribly rude person Id dealt with there before.How she still has a job, I have no idea. BACKSTORY: I lost my debit card the other day, the first time Ive ever lost a credit or debit card.I tried to report it missing to their out-sourced 800 number once I realized that I wasnt going to find it.I tried calling three or four times, over which the branch had closed for the day.Each try I was on hold for 10-15 minutes. Incredbily frustrating, especially since I was at work.I was unable to report my card missing as quickly as possible as one should.The next day I called the branch, and John Beck was very helpful in closing my card.Unfortunately it came with the absurd information that it would take FIVE TO TEN BUSINESS DAYS TO GET A NEW DEBIT CARD.Did I time warp back to 1980?! Are you kidding me? That sealed the deal to bail.Today, with my new PNC account almost up and running (I opened it online and will have my debit card in 3 days), I got a call from the always pleasant Cynthia, who lectured me on reporting my card missing as soon as I notice.Are you kidding me?? I TRIED to, but your cheap outsourced card service company doesnt answer the phone! It was unbelievable!I told her that Ive already opened a new account and will be closing this one, she told me that I need to fill out an application for a new debit card.What part of “closing the account did she not understand? I repeated that that wont be necessary, and she only said “Thank you, goodbye.Good riddance. (John Beck, on the other hand, is kind of a rock star. Too bad hes associated with an awful company.) 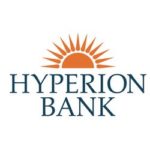