In or Out Tax Service Review

This is an archive of a consumer complaint published against In or Out Tax Service at DirtyScam.com-

Original Complaint against In or Out Tax Service published at DirtyScam.com says, verbatim –

I had the most INSANE experience with In or Out Tax Service last year. I got my stuff in late February. They wouldnt return emails in the weeks leading up to 4/15.Then I got an email ON 4/15 that they were filing for an extension.No follow up, wouldnt return calls. I showed up and asked for my file and the woman at the door said Eve was handling my file and wasnt in.I asked her to call Eve. She said Eve didnt have her phone.I came back later that day for my file and asked for Eve, and learned that Eve was actually the SAME WOMAN who told me earlier that Eve wasnt there. WTF?I explained that everything they were doing was a mess and they had been basically ignoring me for months and all I wanted was to get my documents and start over.THEN, Eves husband said that they had been communicating with my husband by text the entire time, and it was MY husbands fault for not telling me.All of that was a blatant and weird lie as my husband had never talked to anyone at their office.I took my file and left. THEN, somehow they filed my taxes WITHOUT me reviewing or even signing them!THEN, it turned out they screwed them up royally, so I had to get a new person to undo two years of their errors at great expense.I have no idea what kind of crazy is going on there, but keep your finances away from them! 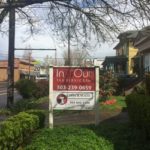 Visit the external source link
In or Out Tax Service