Institute of Patentees and Inventors Review

This is an archive of a consumer complaint published against Institute of Patentees and Inventors at DirtyScam.com-

Original Complaint against Institute of Patentees and Inventors published at DirtyScam.com says, verbatim –

Beware of Institute of Patentees and Inventors (www.theipi.org.uk/) this website and organization claims to be non-profit and a registered charity. Their “Ask An Expert Scheme run by the British Library. They provides a free one to one advisory session for an hour under a strict confidentiality arrangement for members or anyone else. This is hosted on behalf of the library by the President of the I.P.I., Mark Sheahan, an Inventor In Residence, every second Thursday.In actual facts they DO NOT provide free advisory, their President Mark Sheahan is a con-artist, scammer, with no credibility. He would beat around the bush, and waste your time under an hour. He would then advice you to seek a patent lawyer which he would highly recommend. He would highly recommend Graham Jones & Company located at 77 Beaconsfield Road, Blackheath, London, SE3 7LG. This is the same address as registered by The Institute of Patentees and Inventors, isnt this a conflict of interest? They would later charge exorbitant fees when you consult them.They had in year 2017 registered as a charity, and collects funds and donations from general public, as of today 2019 they had not submitted any financial reporting to the charities commission in the UK its mandatory to reveal how the funds are used up. A check with Company House on their accounts shows cash/funds in access of £10,000 which was then written off as depreciation under fixed assets. They should be investigated by the charities commission for fraud, money laundering and misappropriation of funds.Unaudited Financial AccountsThese Trustees for the Institute of Patentees and Inventors listed below should be wary they had been used as part of this collusion for misappropriating of funds.GRAHAM HENRY JONES JOAN PICKFORD KEITH GRAHAM PICKFORD MARK SHEAHAN Dr Barrie Blake-Coleman Professor Anthony Francis Johnson Jonathan Olof Lippold David John Wardell Dr Stephen Sik Fan Wong Dr Nicholas Tucker Helen Goldthorpe Dr Robin Forsyth Browne We inventors in London had written to charities commission, action fraud police, HM Revenue and Custom to investigate Institute of Patentees and Inventors.Check the Board of Director for Institute of Patentees and Inventorswith Graham Jones & CO both had one similarity the Directors and Trustees are the same!http://apps.charitycommission.gov.uk/Showcharity/RegisterOfCharities/ContactAndTrustees.aspx?RegisteredCharityNumber=1176114&SubsidiaryNumber=0https://beta.companieshouse.gov.uk/company/00170887/officersThis is a clear case of collusion. How can a registered charity have the same Trustees and Board of Director for another Patent Attorney (Graham Jones & CO) ? They are definitely not the knight is shiny Armour saving a damsel in distress/inventors but instead an unscrupulous predator preying on vulnerable naive inventors. They do not practice what they preach, just another money making organization with ulterior motives DO NOT have any association or partnership with them or support / donate to them. 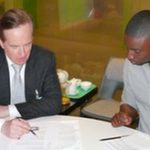 Visit the external source link
Institute of Patentees and Inventors