This is an archive of a consumer complaint published against Internet Lifestyle Academy at DirtyScam.com-

I would give this to Mike who has tried to be very inspirational in his video telling people how to become independent and earn passive income. He got me too. The internet lifestyle academy is inclined towards cheating people and making fake claims. The promises are more fragile than glass and they break too often. You will start enjoying your boring life after you have tried this bogus course. Because it is better to earn something in that boring job than to spend everything on a crap course.There are many ways to snatch money from people on the internet and this has become the most common one. People try to become some inspirational saints and fool people telling that they know the secret route to salvation. And, people like me are easily fooled because we are looking for miracles and believe in them. After spending more then 400 dollars on this bogus course and the internet lifestyle academy, I deem that I was the biggest fool of this century. I should have seen it coming.My friend who was there with me while I was browsing this website of internet lifestyle academy and warned me not to join such program. He told me that he knew someone who was using the similar course and was fooled. I did not show much interest at that point. However, after returning to my place, while I was on the web, the ads started popping up. As you know that google ensures you receive ads based on your search history, I got this one.I went through the video of Mike that is there to lure people into believing his myths. I believed him too. The question was: if he can, why cant I. The problem was that he was not teaching me his lessons and skills, he was using me and many others to accomplish his goals. And, that trick isnt all legit.I believe that these internet gurus are very convincing and that is the reason their worthless market is still running. They make people believe that they were the reason why the course did not help them. He asks if we want to be that 5% of population with the help of this course who make it big. However, in reality, he means if we want to be that 5% of the population who are too desperate to get trapped in this shit course.The internet lifestyle academy provides courses on ecommerce, dropshipping with U.S. suppliers, affiliate marketing, dropshipping from Ali Express, blogging, personal branding, passive income and much more. You can try one course or as many as you want. Al depends on how much you want to be fooled. Because the courses are nothing but just basics that anyone can find out on the internet for free. Yes, I have said it right. Those who are using this course and want to verify the same, why dont you try searching for topics and see what all you can find out.I am sure you would find out even more if you look a bit further. The content is all confusing. The structure of the course is very confusing. I had to read things more than twice to understand where it would lead to. All these made it even more challenging for me to complete the course. At first, I also thought that there was some problem with my understanding as there are so many great reviews about the course. However, as I progressed, I realized that this was not the case.Moreover, I also happened to check out a course that my friend was using. It was too easy to understand and they had better content than what I was using. That was the moment, I realized whom to blame. I tried harder to find out if there was anything worthy, I could make out from the course. But, I failed.The last thing I did was tried to find more people using the course. I tried to contact many Facebook users and people from the internet. Seems most of them are fake and have no clue what the course is all about. This made me even more suspicious about this course. If you will check out the price, you may feel is it not as much as many other courses ask for. The range is medium and many would be attracted to pay for the course.The pain is the result that you receive after using this course. You may be purchasing domain addresses and hosting packaging. But for what. This would lead you no where. These are only dead ends. We all know that these are the things that we are required to have before starting an ecommerce business or blogs. We must know what else these things entail. And, the course failed to show that passage.I requested for a refund. There was not much I could have done. But I wanted to try. I thought may be Mike would be at least a bit decent to send me back the money. Because to the rest, he would have convinced that they were at fault. But Mike disagreed to it. He said that he would not return my money as I had utilized the course.Does he even know what that mean? I never utilized his course as the course did not help me at all. I even talked to that friend who told me not to join this program and he confirmed that this was the same program he was talking about. His friend had joined the same program. I felt so foolish of myself.I am sure this guy is using all the technology to make himself look good on the internet. He has no true followers. The course that he sells would never get him any follower for that matter. And, people like me will keep revolting about the scam he is trying to get through with. 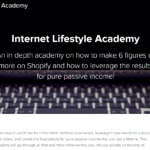