This is an archive of a consumer complaint published against Intertax at DirtyScam.com-

We were recommended third-hand by one of my employers agencies to Intertax because they specialized in tax returns for non-residents (they dont).When we first visited to get our return done, we went with our fistful of paperwork to talk to an accountant at Intertax.There were a couple of what I thought were fairly minor misunderstandings and she rattled off a few questions and wrote down some notes based on what we said.I was a little uneasy about how filppantly she approached some issues but I figured that the US tax system was complex and that she knew what she was doing.We get a letter in the mail not long after with a copy of our return for us to post off to the IRS.I checked over it, and a large portion of the form was filled out incorrectly.They had somehow managed to get my first name and surname the wrong way around (even through Id double-checked to ensure it was correct at the time of filing).They had listed myself and my wife as not being married, got a ton of the numbers wrong and a bunch of other basic details totally incorrect.I took some time off work to get to their office in time and went to their office to get things corrected.I had a highlighted list of corrections and the staff there took my form, ran into the back room and hurriedly re-prepared the form.At one stage, they misplaced it, and spend the next ten minutes looking for it in and around the giant mounds of paperwork that was everywhere.I checked over the numbers and as far as I could tell it was acceptable; they took the forms and they said that theyd mail it.A few weeks later I get an angry letter from the IRS with highlighted copy of my form listing all the points that had been filled out incorrectly.They had still incorrectly filled out some of the (not particularly complicated) deductions and had even managed to not submit the W2 with the return.That was one mistake too many for us and really not cool.San Francisco has treated us very, very well. Nearly everyone Ive interacted with is friendly, helpful and competent, so Im not handing out this one-star review lightly.I took the return instead to Liberty Tax service in Laurel Heights  those guys are awesome. 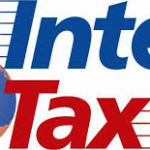