This is an archive of a consumer complaint published against InTouch Credit Union at DirtyScam.com-

I am a business executive in the Las Vegas, NV area and just a little over two years ago financed my automobile with InTouch Credit Union.I have remained a good customer by paying my payments in full each month since the beginning of the loan.I recently called in (as usual) to make my monthly payment and was told I would be charged a $10 fee to make my payment over the phone and online.I asked how I can avoid that fee and they recommended either visiting a branch (not convenient for me as there are only two locations and both are a far distance and, they are only open from 9am  5pm which are my same business hours) or setting-up auto withdraw which I would have to do at a branch as well.I sucked it up and paid the $10 fee, paid my payment and within days visited a local branch to complete the withdraw request form.I was told at the branch that I would need to call or come in to make the next payment as it would take time to get my withdraw request completed.I made 1 more payment through the customer service phone line (paid the $10 fee) and expected (as I was told) that the next payment would be auto deducted from my account (I bank with another institution).Fast forward a month later, I get an alert from my credit monitoring app that I had a 30 day late payment post to my credit profile with the three credit bureaus.I immediately contacted InTouch to find out why I was reported 30 days late (has never happened to me), they explained that the previous months payment wasnt made.I explained that I had completed my end of the instruction that was provided to me and asked if it could be removed because it was their error.She was able to locate the notes that I completed the form and stated that it could be corrected but it had to be done by a manager.She said a manager would call me back  never happened.I have called several times speaking with several customer service reps and finally after demanding a manager, I received a call today from the customer service branch manager, Jeff.He immediately began by telling me in other words, there is nothing they will do (I shouldve called to ensure they did their job!) so I requested to speak with his superior.I later received a call from his manager and to sum this uphe confirmed that he will do nothing to help!I will be looking to refinance my car with another institute and will NEVER recommend anyone to do business with these folks. 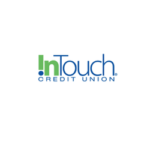