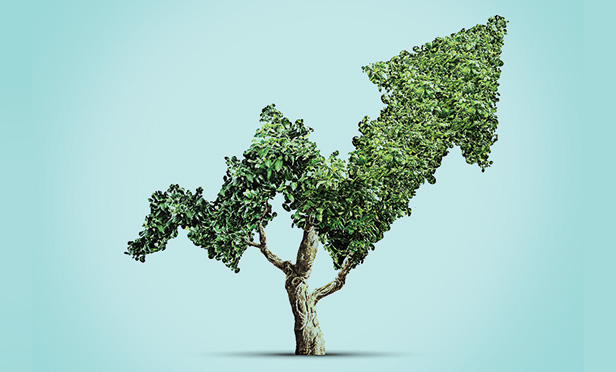 Some of the country’s largest asset managers, including Vanguard, Fidelity and American Century, received low marks in Morningstar’s first assessment of asset managers’ commitment to incorporating ESG factors in their investment processes and strategies.

Others, like BlackRock, which has stressed sustainability as its “new standard for investing,” and Pimco, received the second-to-lowest rating of “Basic.”

Morningstar evaluated 40 firms along with 107 individual strategies and 145 funds for the extent to which they integrate ESG factors into the investment process along with their commitment to do so. Each firm and strategy is rated on a four-point scale from “low” to “leader” with “basic” and “advanced” in between.

The new rating, however, is separate from Morningstar’s analyst rating, which focuses on analysts’ expectations for a fund’s performance over time compared to its category benchmark index. The ESG Commitment Level rating does not consider expected future performance per se, though ESG factors could affect long-term performance. Rather, it evaluates asset managers and strategies for their commitment to incorporating ESG factors into their processes and resources, and, in the case of asset managers, their active ownership activities.

“In an increasingly confusing area of investing with different approaches, standards, disclosures and more, the ESG Commitment Level will help investors discern funds and asset managers that truly focus on sustainable investing from those that incorporate ESG factors, but in a limited way,“ said Hortense Bioy, director of sustainability research for Morningstar in Europe, Middle East and Africa (EMEA) and Asia-Pacific (APAC).

Of the 40 asset managers assessed in the inaugural ESG Commitment rating, six received the the top leader rating, including long-term socially responsible asset managers Calvert, Parnassus, Robeco and Stewart Investors. Six others received the next higher rating of advanced, among them AXA Investment Managers, Nuveen//TIAA and Schroeders. Sixteen were given a basic rating, and 12 were rated low for their ESG commitment.

Firms with the highest rating have “long histories committed to ESG, which “is core to their identity.” Asset managers receiving the lowest (low) rating “typically just getting started on incorporating ESG considerations into their investment processes” if they incorporate them at all, according to Morningstar.

Fidelity is an example of the late starter. It “only formally started its sustainable investing journey in 2017 when it signed the UN-supported Principles for Responsible Investment,” creating a centralized team of ESG specialists that would supplement the fundamental research conducted by the core equity and fixed income analyst teams.

Its team’s research is purely informational and nonbinding for portfolio managers, and Fidelity has no monitoring of its ESG integration process currently in place, according to Morningstar. Fidelity also has a separate group of about a dozen individuals who evaluate and vote proxies in accordance with guidelines established by Fidelity funds’ boards of trustees, but their focus is corporate transparency and its standards for environmental and social issues are vague, according to the Morningstar report. Fidelity is expected to launch a forward-looking component of its ESG rating soon.

Vanguard’s story is different from Fidelity’s. It has a long history of ESG strategies but they amount to only a fraction of assets under management, and most use negative screens to exclude companies involved in controversial industries and companies that have violated ethical and environmental standards, according to Morningstar.

In addition, Vanguard also lacks a centralized team of ESG integration specialists, though it has added some Integrated ESG approaches that show more promise and its active ownership efforts of passive equity strategies have considerable potential, according to Morningstar.

On the other side of the spectrum from Vanguard and Fidelity are Calvert, which was acquired by Eaton Vance in 2016 and will presumably become part of Morgan Stanley when its acquisition of Eaton Vance is finalized in the second quarter of 2021, and Parnassus.

Both firms have long track records of integrating ESG factors into their investment processes, are signatories of the UN-supported Principles for Responsible Investment and regularly engage with corporate management on ESG matters and vote in favor of ESG shareholder resolutions. Calvert will even file its own shareholder resolutions, Parnassus won’t.

Calvert and Parnassus not surprisingly scored high on the 76 active strategies Morningstar evaluated for their ESG commitment along with 31 passive strategies. More than half of active strategies received one of the top two ratings, leader and advanced, reflecting “the broader skill-set that active managers can apply to their portfolio as well as ESG incorporation into some non-ESG focused active strategies,” which is not available to passive funds, according to Morningstar.

Is Your Client Headed for a Reckless Retirement?

Advisors, Others Weigh In on LPL's Waddell & Reed Deal