How Much to Save for Retirement Is Workers' Top Financial Concern: Survey 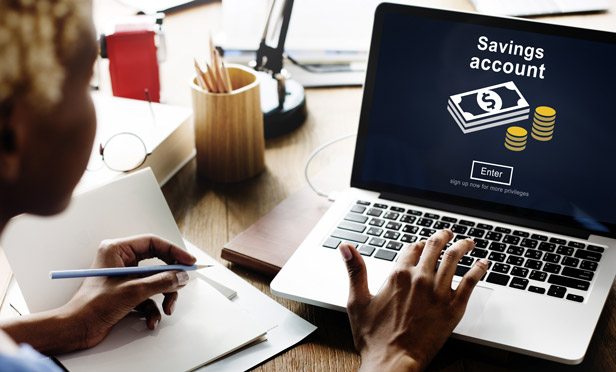 Among employed respondents in a new survey, 91% said saving for retirement was a current financial goal, with 64% identifying it as a major one, TIAA reported Wednesday.

No goal ranked higher among this demographic group, according to TIAA.

At the same time, 60% of participants reported that they had fallen behind on retirement savings; among these, 30% said their progress has been directly affected by the coronavirus pandemic.

TIAA said these findings may help to explain why 34% of Americans ranked “how much is needed to save for retirement” as their top financial concern, followed closely by “today’s cost of living” and the “cost of health care and health insurance.”

“Despite the financial struggles brought about by the COVID-19 crisis, Americans understand that having the foundation of a secure financial plan can bring stability and peace of mind — even in the most turbulent of times,” said TIAA’s head of client relationships Doug Chittenden said in a statement.

“A financial crisis like the one brought on by COVID-19 often leads to a moment of inflection and serves as an opportunity for people to consider their current financial status and future goals to make adjustments, as necessary.”

The survey showed that the pandemic had changed nearly 80% of Americans’ views about what is financially important.

Sixty-six percent of respondents said they wanted to save more, while 65% placed increased importance on emergency funds and 59% on having a source of guaranteed lifetime income once they had retired.

Related: Why Advisors Should Tell Clients About Income Protection Now

“This research shows that 56% of adults only consider the next 12 months when financial planning, and this can hamper long-terms goals like retirement,” Snezana Zlatar, head of financial wellness advice and innovation at TIAA, said in the statement.

“While it may seem far-off and overwhelming, taking small actions toward your long-term goals when possible can pay off. Setting aside even a modest amount of money each month toward your retirement is one of the best things you can do today for your financial future.”

Greenwald Research fielded the survey in late July among 3,040 Americans between the ages of 25 and 70 with household annual income of at least $40,000.

The survey showed that a renewed focus on the components of a financial plan can help secure long-term financial security, TIAA said. According to the survey, the majority of Americans defined financial resiliency by succeeding on four goals.

One was increasing retirement savings. Despite feeling off-track, retirement remains a top financial priority for many as they balance short- and long-term financial pressures.

Another goal survey respondents said contributed to financial resilience was having a source of guaranteed lifetime income in retirement. Nine in 10 agreed that once they reach retirement, it would be important to have a source of income that would not run out as they aged.

Among respondents who had guaranteed lifetime income, seven in 10 said this had made them feel more financially resilient throughout the COVID-19 pandemic. They were also more likely to feel positive about their finances looking forward over the next year than those without a source of lifetime income.

Debt is common for many individuals today, and paying it down was a goal that could contribute to financial resilience, according to survey participants. Some 80% of respondents said they had some form of debt, credit card debt being the most common.

But one in four said they had four or more different types of debt. A quarter of these reported taking on new debt amid the pandemic, and this number rose to four in 10 for respondents under 40 years old.

The effect of debt on long-term savings is immense, according to TIAA. Fifty-five percent of respondents who reported having easily manageable debt said they were on track to save for retirement, compared with only 24% of those who characterized their debt as just manageable and a mere 6% who reported unmanageable debt.

TIAA noted that the emphasis people give each of these components shifts over the course of their life. Younger individuals in the survey value all four of these goals similarly, with debt repayment narrowly topping the list.

The importance of an emergency fund grows from there, peaking between ages 40 to 49. Then as people shift into their 50s and 60s, financial resiliency becomes much more synonymous with retirement security.